“We wanted to be the official Juneteenth event company to do this celebration in Long Island,” said Kestle Bess, founder and president of the Black Legacy Partners. “We wanted to make sure that Black entrepreneurs had the opportunity to do business, hear our voices and see our talent.”

The inaugural festival took place last year in Freeport, attracting the attention of key influencers within the community, such as then-Nassau County executive Laura Curran and the Long Island Unity March. This year’s event will include food, music, performances and highlight Black-owned businesses.

“Black culture has been a major influence on Long Island historically,” said Spencer Casseus, Vice President of Administration, Partnerships and Events for Black Legacy Partners. “Even though the majority is caucasian, there has been Black history on Long Island that folks don’t know about.”

Black history on Long Island can be traced back to the development of different areas, including Oyster Bay and Hicksville, the town where this year’s festivities are taking place.

“Black people built most of Oyster Bay,” said Bess. “[They’ve built] all of the buildings you see and the roads that you see. There was always the presence of a strong Black community.”

Juneteenth is short for June 19. It was on this day in 1865 when Union soldiers arrived in Galveston, Texas to declare the end of slavery following the fall of the Confederacy.

The recognition of Juneteenth as a federal holiday last year helped to raise awareness of this historic date. However, some say the mainstream attention that now surrounds this anniversary has allowed corporations to profit off of the holiday without knowing its meaning.

“You can’t put out an ice cream for Juneteenth and not understand where that comes from,” said Casseus in reference to the recent backlash Walmart received for selling Juneteenth ice cream that is similar to another Black owned brand. “It’s insulting when they do that and try to make money off of our backs.”

When companies approached the Black Legacy Partners for sponsorship opportunities, Casseus said he worked to ensure that they knew the significance and purpose of the festival before coming on board.

“It’s not just about meeting their diversity quota,” he said. “They [companies] need to understand that long-term commitment to Black communities and developing wealth, developing support and providing resources is just as important as understanding what Juneteenth is.”

While working with these other organizations, Black Legacy Partners remains in the driver’s seat to preserve the authenticity of the celebration.

“It’s one of those things where you feel that there’s a group of people who have nothing to do with that culture deciding how it’s going to be done,” said Bess. “One of the key elements to our partnerships is that we are controlling the narrative and what takes place at these events. “

In addition to promoting education about Juneteenth, the holiday can also be celebrated by supporting Black-owned businesses, said Casseus.

“It’s important that people go out and find thriving Black-owned businesses on Long Island,” he said. “They are out there. You just have to do the research and find them, very similar to how you find these other white businesses.”

This support is also crucial beyond once per year on Juneteenth, according to Bess.

“If you’ve been shopping at a local Black retailer, highlight it,” he said. “Spread the word on social media. For me, shopping at Black businesses is an everyday thing.”

The Second Annual Juneteenth Cultural Festival takes place on Sunday, June 19 from 12-5 p.m. Parking and admission are free of charge.

Black Legacy Partners would like to recognize and appreciate the support of their sponsors for this cultural celebration: TD Bank, Mattress Firm, National Grid and returning for the second year, Fidelis Care. 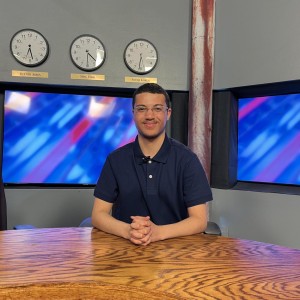