Why Doesn’t Long Island Have a Soccer Team? (Op-Ed)

Soccer is a growing sport in America, with Major League Soccer (MLS) on track to overtake other sports. Long Island is culturally diverse region, with people from different backgrounds, many of them soccer fans. It would only make sense for Long Island to have their own MLS team to call their own.

Long Island is home to more than one-third of New York’s population. The closest MLS team to the island is located at Yankee Stadium. This a long journey for some Long Islanders, by train or car.

New York City Football Club’s current MLS champions have only played in the league since 2015. Throughout the many ups and downs in their short history, NYCFC won the first major trophy in their history.

Another team that is considered a New York team is the NY Redbulls, who play in Harrison, NJ. Founded in 1995, the Redbulls play in their soccer-specific stadium. It’s another far train ride away for Long Islanders, depending on where one lives.

Before the MLS, the United States had a professional league called the North American Soccer League (NASL). One of the most prolific soccer teams to play the game was the New York Cosmos, founded in 1970. The Cosmos had the likes of Franz Beckenbauer, Carlos Alberto and Pele over the years.

Throughout their existence, the Cosmos moved around different stadiums, from Yankee Stadium to Gillette Stadium and Hofstra University.

Long Island has been the missing piece to New York’s rich soccer history. With the implementation of a professional soccer team on the island, residents and fans of soccer alike would rejoice.

Long Island’s diversity is vast, with many cultures that gravitate towards the sport, and with the help of an MLS team on the island, the community can reap the benefits.

MLS plans to increase the number of teams in the league in the coming future, with 28 teams currently. One of the factors that could be influential in the success of an MLS team on Long Island is having a soccer-specific stadium. Having a stadium to call home would greatly benefit fans and players as well as offer jobs in the community.

Organizations are transforming baseball fields into a soccer fields like in Queens with a portion College Point Fields being turned from a baseball diamond into a soccer field. However, teams such as NYCFC have to share a stadium with the Yankees. If there is a scheduled conflict between the Yankees and NYCFC, the soccer team would have to play at Citi Field in Queen, Redbulls arena in New Jersey or Rentschler Field in East Hartford Connecticut.

The need for an MLS team on Long Island is growing. With the Fifa World Cup coming to North America in 2026, the soccer hype may increase throughout the island, bringing a much needed display of culture, excitement and community. 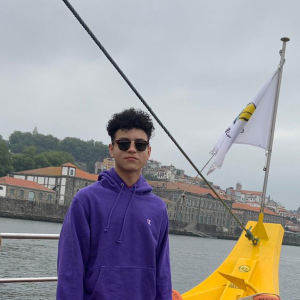