UBS Arena to Open in the Fall – How will it Affect the Local Residents?

As construction continues at UBS Arena, the new home of the Islanders, Long Island locals continue to question what the arena will bring to the community.

Developed in partnership with the Oak View Group, New York Islanders and Sterling Project Development, UBS Arena is expected to be one of the most prestigious entertainment venues in the nation.

Construction for the Belmont Park Redevelopment Project began in 2019 but was shortly put on pause in March 2020 due to the COVID-19 pandemic. Construction later resumed in May 2020.

The UBSarena will serve as the permanent home to the Islanders, as well as being a state-of-the-art entertainment arena, expected to host up to 150 major events annually. It’s designed to hold up to 19,000 people for concerts and audiences up to 17,000 for NHL games.

UBS’s expansion within Belmont Park in Elmont will be alongside the introduction of a four-star Boutique Hotel and 315,000-square feet of new luxury retail. The $1.5 billion multi-purpose arenas will feature eight bars, two outdoor terraces open to all guests and VIP suites and clubs inspired by New York landmarks. The new infrastructure within Belmont’s surrounding campus is expected to spur $25 billion in economic activity.

“I am looking forward to redevelopment that benefits our community in terms of infrastructure, public safety and economic activity,” said Nassau County Legislator Carrié Solages, who serves district three, which includes Elmont where the arena will be and comprises mainly people of color. “However this development must be conducive for a suburban community.”

As stated on their website, UBS Arena will create 3,000 permanent jobs for the region, dedicating 30%, or roughly 900, of those jobs to residents of the surrounding areas. UBS has committed to working with community organizations and elected officials to get this done.

In conjunction with the arena, locals can expect the revival of the Belmont Long Island Railroad Station. As the first new full-time LIRR station to be built in 50 years, the expansion will not only serve the arena but the local community that has been anticipating a possible re-opening of the station.

“Starting with this fall’s hockey season, eastbound Hempstead Branch trains will serve the Elmont station for Islander games, concerts and other major events,” said MTA Deputy Communications Director Aaron Donovan in a email. “The LIRR will also provide two trains from Jamaica to and from the existing Belmont station for games.”

Electric shuttle buses will serve the station in order to get LIRR riders to and from the station to the arena site. The Belmont Station will be located on the Hempstead line between Queens Village and Bellerose.

With the opening of the arena quickly approaching, the unanswered question remains if these promises to the community will be upheld. 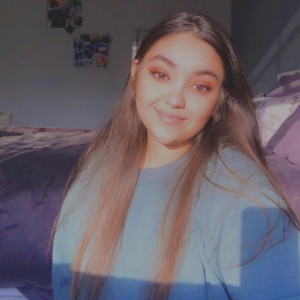