The coronavirus pandemic has resulted in another world changing problem: discrimination and hate against the Asian community.

Recent attacks on Asian Americans in Atlanta and New York has them fearing for their lives. Although the pandemic has led to these attacks on the community, the fight for justice has always been consistent for Asian Americans.

Stony Brook University is ranked number 327 out of 2,718 in ethnic diversity nationwide, which is far higher than the national average. Asian Americans on the island are frustrated and have expressed their thoughts on the attacks. University President, Maurie McIinnis, released a statement about how the university should continue to celebrate its diversity and the only way to do so is to understand racism and other forms of prejudice that happen within the Asian community.

Asian Stony Brook Student, Sanurag Barobhuiya said Stony Brook has given him a sheltered environment compared to his hometown.

“There are a lot of Asian people here so I feel safe,” said Barobhuiya. “But I feel like if I was back home I would have to switch things up. It makes me feel like I can’t be my authentic self.”

Philipino student Angelo Barcelona said although he is glad the movement has spread online and people are bringing awareness to the issue, he still fears for his family.

“Every post that I’ve seen online everybody is sharing it and giving awareness to these incidents,” said Barcelona. “A lot of them are Filipino, which I am, and old. I fear for my family and their safety. I am glad for the support of my non-Asian friends.”

Students fear not only their own life, but for their families’ as well.

“I see recent attacks like old grandmas who do nothing and they are just walking out for groceries and they get punched in the face and beaten” Barobhuiya said. “It makes me scared that one day it’s going to be my grandma on the news, my grandma in the ICU because she can’t defend herself.”

Former President Donald J Trump, has openly called the coronavirus names like “China Virus” and “Kung flu”. Activists believe this has led to discrimination and hate towards the Asian Community.

“The hate has always been there,” said Barcelona. “Everybody’s always hated us and they’ve just never said it out loud. Once Trump said those words, he gave those who had those feelings something to latch onto.”

Recent organizations have been made in New York City such as Protect Chinatown that raise awareness for Asian hate crimes. Although this organization and others were made as a result of recent attacks on the community, students still believe the hate will prolong past the pandemic.

“As diverse as America is, we are also one of the most racist countries in the world no matter what we try to do,” said Barobhuiya.

The surge in violence against Asian-Americans has led to dozens of rallies across the country, with protesters calling for an end to anti-Asian hate.

“We aren’t a threat, we’re treated as a threat,” added Barobhuiya. “The entire system is against any minority. Something has to change up top which I don’t see happening.” 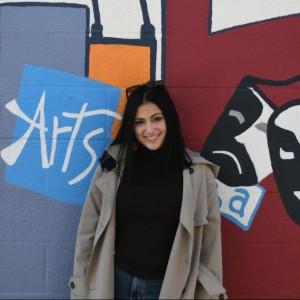