Alfred Titus Jr. worked for the New York Police Department Manhattan South Homicide squad for 23 years as a hostage negotiator. Before retiring in 2016, Titus said that he worked a lot with the community with most of the homicides occurring on the east side of Manhattan. Titus started out as the only Black patrolmen in his division and found that he often shared different views with his coworkers.

“A lot of my caucasian counterparts didn’t have the empathy and understanding of why individuals were in the situations that they were in,” said Titus. “They could only see it as a choice individuals would make to not try harder and not go to school or not do the right thing whereas I was able to see it as a condition of their circumstance.”

His view on policing often meant making a difference within the community and providing outreach for the youth. Titus said that one reason he left the department is that he felt he couldn’t work with the community as much as he wanted when in uniform.

Now that he is out of uniform and the George Floyd Justice for Policing Act was passed in the house, Titus said he can understand each side as both a community member and a former police officer.

“An officer with good intention does need some form of protection,” he added “If they’re doing something honestly where there is no ill intent, they should be protected, however, as we know that doesn’t always happen.”

The Qualified Immunity Bill that was passed in 1967 in the case of Pierson v. Ray at the height of the civil rights movement and protected law enforcements from frivolous lawsuits and financial liability. The bill also allowed suits to be tried when clearly established statutory and constitutional rights were violated. The protests and rallies over the summer for the death of George Floyd and Breonna Taylor have changed the way qualified immunity for officers is viewed and how the bill is written.

“The important thing to understand about qualified immunity is that it was brought about when the country was under considerable racial conflict,” said Titus. “Although 2020 was a tough year in so many ways, one thing it did was open up the opportunity for change for minorities in the country.”

Titus, who teaches a criminal justice class at John Jay College, said he mentors a lot of Black police officers who are just going into the field and wanting to make a change in their community, similar to Titus’ goals when he became a police officer. Often the new officers expressed their concern to Titus about how this bill may change their outlook on the career.

“It makes it difficult because now they are not only looking at themselves, but they’re considering their families and how it’s going to affect their children, wives and husbands at home,” said Titus. “It just makes it very difficult for officers to act rather than not act.”

Fred Brewington, civil rights attorney at Law Offices of Frederick K. Brewington and Chair of Long Island Advocates for Police Accountability said that this bill currently has many flaws in it that don’t help the community or litigants.

“Qualified immunity has been used both as a shield and a sword,” said Brewington. “[It’s] a shield to prevent officers from being held responsible and a sword to dash the hopes of potential litigants who are seeking some quantum of justice.”

The Qualified Immunity Bill writing states that constitutional rights have to be violated and the right had to be established at the time of misconduct for qualified immunity to be invoked. This understanding of the bill means different things on a case-by-case basis due to the holes in the writing.

“It does not codify to government workers who are not police… qualified immunity applies to those individuals as well,” said Brewington. “So in the current form while it does deal with the issue of policing it may unwittingly or unknowingly may provide qualified immunity as a codify defense for other wrongful actions, but qualified immunity continues to be a major concern for all litigators who do this work.”

Titus said that he does not believe the bill should be removed but rewritten because the language is the problem. Titus also believes change is underway within his community and throughout the state.

“Just the fact that we’re having a conversation about qualified immunity shows the progress that is being made,” said Titus. “It may not go through this time, but you can bet your bottom dollar it’s going to come up again and sooner or later it’s going to be done the right way.”

Since being retired for five years, Titus has worked with the community by becoming a teacher at John Jay College where he teaches criminal justice, is the CEO of Titus Consulting Firm LLC., firm and a nonprofit organization named Forward Motion Life Success on Long Island. Titus said the issues of the community is where he commits most of his time now. 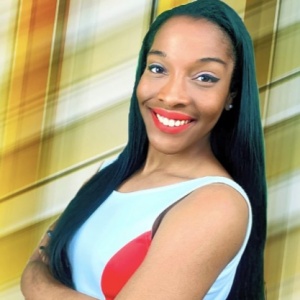