Do People of Color Take On More College Debt? Yes and Here’s How (Op-Ed)

We’ve all heard the cliché logic, “Go to school, get a degree and you will have a great job.” That hasn’t been the case lately, especially now during these trying times of COVID-19.

Getting a bachelors or masters degree comes at a very steep price tag that sets you back years financially. According to EducationData, “There are about four million college graduates who obtain a certain degree annually with about two million earning bachelor’s degrees.”

Every year, four million people enter the already competitive job market with no guarantee of a career in their field. The number of people attending college has gone up, but the hiring of college graduates has gone down in recent years. The people who are impacted by this unfair, disproportionate job hiring mistreatment the most is the minority community.

There is a huge distinction gap where people of color are not hired at the same rate compared to whites. That has been the case for many decades now. This begs the most important question: is there an unfair distinction of minorities not getting the same job opportunities as white people despite having a college degree?

According to a study conducted by the University of Washington, 53% of college graduates are unemployed or working in a job that doesn’t require a college degree. In fact, it may take as long as three to six months for graduates to get a job within their field and during the pandemic that number has significantly increased. With the uncertainty of how long COVID could be around, it puts the upcoming graduating class at a bigger disadvantage. Schools constantly raise tuition by eight percent every year on average, so that means every nine years, college tuition rates double according to Finaid. At this rate of inflation, we may soon see college tuition prices cost $100,000 per year. This will already put the future generation in an even tougher financial spot to afford college without a full scholarship. These finances negatively affect people of color the most.

The Center for American Progress released a report based on the results of a study and they found that Black graduates have an average of $25,000 more debt than white college graduates. Black people who have the same degree as their white counterparts will make less money out of college, which prolongs their student loan repayment. Black people on average will earn $3.34 less per hour, which equates to about a $7,000 salary difference per year. Black college graduates who want to extend their academic career by getting a masters will have to borrow more money than white people, which puts the median debt for Black graduate students 50% higher than white college graduate students.

African Americans and other races within the minority community have always been overlooked for job opportunities. The unemployment rate for Black people in 2020 between the ages of 20-24 is six percent higher than any other race in the United States at 16%.

Asians are the second highest for the ages of 20-24 at 11.3% with Hispanics being a close third at 10.6% within the same age group and 16.7% for ages 16-19 according to the US Bureau Labor of Statistics . The stats still show that Black people even past the age of 25 still have the highest unemployment rate at almost nine percent with Hispanics being the second highest at eight percent and whites with the lowest at 5.2%. White people make up more than half of the US population at 60%, but have the lowest unemployment rate while African Americans and Hispanics combined make up about 30.7%, which is a little over one-quarter of the US population.

One Long Islander who finds himself in this tough financial situation is Ade Hennis. He graduated from SUNY Cortland with $33,000 in student loan debt and is “frustrated” by his enormous debt. Hennis, a communication major, was lucky to find some work in his field, but it did take about a full year before the pandemic happened getting an entry-level marketing and writing job. It was tough for the 24-year-old.

“It’s definitely harder for minorities to get jobs in our field unless you’re a former athlete,” said Hennis.

In order to keep afloat and expand his brand, he created a side hustle photography and video editing business called HonchoHues. Despite the hardships that we as minorities faced, it’s great to see a young Black smart man trying to create something and use the power of social media in his favor during hard times like this.

Another Long Islander who is suffering from student debt is Mary Mousa. She is the first college graduate in her family to obtain a bachelors degree in Psychology from Rutgers University in Newark. Mousa is currently unemployed one month after graduating in January. Her degree came with a $14,000 student debt price tag and she has no idea how she’s going to pay that back.

“It’s tough, especially in a pandemic,” said Mousa. “It’s hanging over my head like a dreadful reminder to pay it off. And people of color always have to prove we’re good enough for positions and have to work twice as hard as a white person would.”

Before being laid off she used to work at Costco displaying and giving out food samples, but that ended when COVID-19 struck. Mousa eventually wants to put her degree to use soon and become a lab manager or a technician. She is waiting to hear back after submitting job applications, but with how this pandemic is looking things, “are up in the air.”

President Joe Biden wants to eventually remove a big chunk of college students federal loans, but we will have to see how things play out. Biden has so far signed an executive order to push back federal student loan repayment until October. This was a good first step in helping relief but many like Hennis feel more needs to be done.

“Congress should definitely be doing more,” said Hennis. “A lot of people are restricted in things they want to do. They are held back because they have to pay off loans. College should be free or at least significantly reduced, more people wouldn’t be afraid to go.”

There are currently some alternatives to help cut the cost of student loan repayment with the most known being student loan refinance and income-based repayment, which can lower your monthly payment and interest rate. For more information visit at studentlaonhero.com. 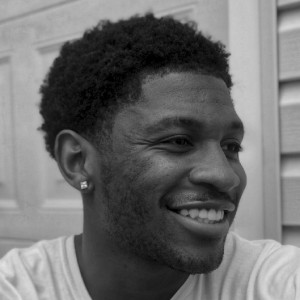 The Principles and Symbols of Kwanzaa Explained