It’s October and Halloween is just around the corner. Although we’re in a pandemic, there are ways we can celebrate while still being safe. You might be looking into some horror movies to binge and get into the spooky spirit. Here are some scary movies that were filmed right on Long Island.

The movie “A Perfect Murder” features Michael Douglas as a Wall Street businessman and Gwyneth Paltrow as his beautiful wife. His life changes when his empire fces financial failures and he discovers that his wife is cheating on him. The businessman hires her lover to murder her, so he can gain her millions. The scenes at the Bradford Mansion were filmed in the Salutation house in Glen Cove.

“The Flesh Eaters” was filmed in Montauk. The movie surrounds a small group of people who get trapped on a secluded island due to bad weather. However, they are unaware of the flesh eating bacteria created by a crazy nazi scientist lurking in the waters. Fun fact, a real hurricane occurred during the filming, which wrecked their equipment and sets.

An American Slasher filmed in a house in Oyster Bay. “Silent Night, Bloody Night” is about an axe killer that stalks a couple in a house that used to be an insane asylum. Did I mention that it’s Christmas Eve?

Most people will be very familiar with this horror franchise. Teenagers cheat death after one of their classmates has a premonition of their plane crashing. A supernatural force is determined to make them pay. The film is stated to take place on Long Island, but mostly filmed in Vancouver. Although the film states that the iconic plane scene was shot in Nassau County and Jones Beach is shown.

Martin, a young boy, is kidnapped by a mad man and forced to watch unspeakable crimes. Ten years pass and he has still not been found. The home used in the movie was located on Long Island.

“Sinister” is a film about a true crime author that moves into the house of a family that was murdered. There seems to be something supernatural and evil that still remains. The home that the author moves into is in Sands Point and some shots were in Muttontown.

This film is about a romantic horror about a book editor who gets bitten and slowly starts to become a wolf. Along the way, he meets his ex boss’ daughter and animal like urges take control. The scenes in Raymond Alden’s country mansion were filmed at Old Westbury Gardens.

“Madman” is about a literal madman that returns to a summer camp to kill counselors and campers. He is summoned by campers during campfire stories when his name is mentioned above whisper. The film was shot at Southampton’s Fish Cove Inn.

In the movie, the body of an artist obsessed with death disappears. His brother sets out to find it and his killer. He discovers a disturbing sexual underground society. The movie “Five Dead on Crimson Canvas” was shot in Glen Cove.

This film features Nicole Kidman as the mother (Grace) of two young children, who have a disease that causes harm when in the sun. The daughter claims to see ghosts and Grace starts to think that she might be telling the truth. “The Others” had shots at the Oheka Castle in Huntington.

This short, filmed in Eisenhower Park in East Meadow, is about a taxi driver, who continues his career in the midst of a zombie apocalypse. It was the director’s first film Debra Markowitz and it was filmed in three days.

“Eight Millimeter” is a mystery thriller that was filmed in Old Westbury Gardens. It is about a private detective that receives a snuff film and is asked to determine its validity. A video store employee assists him in uncovering the dark world of illegal snuff movies.

Among many remakes and versions “The Amityville Horror” was filmed in Amityville. Based on a true story, a family moves in to their new home in Amittyvile, however, they discover the reason why their house was so affordable was because of the murder that took place. One of the former owners murdered their entire family and claimed to be possessed by the devil. They start to believe that the house is haunted. The movie features familiar actors like Ryan Renolds, Chloë Grace Moretz and Jimmy Bennett.

Now if you decide to binge some of these horror films, you’ll know that they’re a little closer to home than you may think. 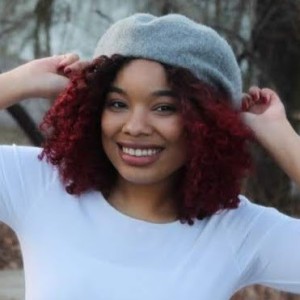 My name is Katelynn Heredia. I am currently a junior at Stony Brook University, who is majoring in Journalism and minoring in Media arts. My interests lie in Entertainment, Culture, and Human Rights. You can follow me on Instagram/Twitter: @ShadyyKaty