This past Friday, Supreme Court Justice Ruth Bader Ginsburg died at the age of 87 due to metastatic pancreatic cancer. She was the second female to be appointed to the Supreme Court, as well as the first jewish female justice. Ginsburg, known for her fierce tenacity and defense of gender rights, LGBTQ+ rights and reproductive rights, became an icon to many, as she was referred to as the “Notorious RBG,” after the 90s rapper Notorious B.I.G.

Mourners across New York, as well as other states like North Carolina, Illinois, and Washington, gathered to commemorate RBG’s legacy. Communities within Huntington, Garden City and Brooklyn, where Ginsburg was born and raised, offered fond remembrances of the late liberal idol.

Following Ginsburg’s death, some Republican senators like Susan Collins (R-ME) and Lisa Murkowski (R-AK) are opposed to filling this vacancy before the next president is elected. However, President Trump and other Republicans like Senate Majority Leader Mitch McConnell (R-KY), are eager to fill her seat before the election on Nov. 3.

“It’s largely up to the senators,” said Jeff Segal, a political science professor at Stony Brook University. “So far, only two Republicans have said that they don’t think that Trump should fill the vacancy. But if people hear from their constituents that this is just wrong, and particularly if those senators are coming up for reelection, then that might change their views.”

This vacancy is extremely significant since Ginsburg’s death happened just 46 days before the election. The last vacancy was in 2016, when Supreme Court Justice Antonin Scalia died 269 days before the presidential election. At that time, President Obama was denied the chance to fill the vacancy and it was up to the next president. Then McConnell refused to advance confirmation proceedings and believed it should be up to the voters in the presidential election. The rush to move forward goes against what RBG told her granddaughter, that her “most fervent wish is that I will not be replaced until a new president is installed,” NPR reported.

Normally it takes about 10 weeks to confirm a nominated candidate, however there is only six weeks proceeding the next election. If a successful nomination occurs with a presumed conservative candidate, laws are subject to change. With a possible 6-3 conservative majority, abortion rights, the Affordable Care Act and affirmative action may all be at jeopardy.

“Right off the bat, the Affordable Care Act might be struck down,” Segal said. “But if that act is struck down, there’s no protection for people who have pre-existing conditions, which so many people have now because of the virus.”

The Affordable Care Act accounts for accessible health care and allows parents to keep their children on their health insurance plans until age 26 and obtain free mammograms, cholesterol checks and birth control.

One of its most popular provisions is its protections against those with pre-existing conditions. This prohibits insurers from denying coverage or charging higher premiums based on people’s health histories. According to the Kaiser Family Foundation, nearly 54 million Americans would be uninsurable due to pre-existing conditions, prior to the law being passed.

In terms of fundraising efforts, more than $90 million has been allocated to Democratic candidates and groups following RBG’s death. Money has been poured into the Senate races as the party tries to take back the chamber just before the election.

“There was an outpouring of financial support in the form of campaign donations to the Biden campaign after the announcement of Ginsburg’s death,” said Leonie Huddy, professor and chair of the department of political science at Stony Brook University. “This is consistent with expectations that her death may increase voter turnout and commitment among Biden supporters.”

During her life, Ginsburg was at the center of many political debates and her death raised new ones. Many are questioning how her legacy should be honored and if her wish should be fulfilled. The power of the Senate congressional party continues to be fought over as the election trails forward. 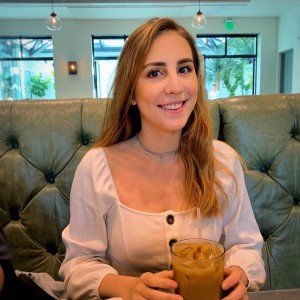