Suffolk County police ruled there was no evidence foul play in the hanging death of a Huntington man after discovery of a letter in the home of the deceased. The family of the deceased believes the cause of death suicide according to detectives.

A 53-year-old Black man was found dead in Peter A. Nelson Park on Oakwood Road. Around 7:20 a.m. On Monday morning, police received a call regarding a man hanging from a tree at the park adjacent to Henry L. Stimson Middle School. The man’s death is currently being ruled a suicide.

In a public statement released by the Suffolk County Police Department said, “The death is being preliminarily classified as a non-criminal suicide based, in part, on evidence recovered at the scene and from the decedent’s residence, including a letter left for his family in his home which describes his reasoning for his actions.”

In order to protect their privacy, the family of the deceased has requested for their identity be withheld.

“First, they are aware of the rumors and concerns that are swirling around the community,” said Suffolk County Police Commissioner Geraldine Hart during a press conference. “Next, they are confident that this case involves a suicide due to the facts of the case, as well as issues that are personal to them and their deceased family member. And finally, they asked that their privacy be respected in order to deal with this tragedy.”

An autopsy will be performed by the Office of the Suffolk County Medical Examiner.

Suffolk County PD’s statement further reads: “As a matter of policy, the Suffolk County Police Department does not normally comment on non-criminal death investigations. The department investigates approximately 100 suicides annually. However, we are aware of unfortunate rumors circulating on social media and throughout the community regarding this investigation, and believe that it is in the public’s interest to issue this statement to allay any fears and quell rumors with facts.”

In the past homemade dummies and effigies of Black people have been hung in different states across the U.S., as a scare tactic. On June 22, NASCAR driver Bubba Wallace even found a noose hung in his garage stall before a race. This coming fresh off the heels of him being outspoken in his support of the Black Lives Matter movement and the Confederate flag being banned from all NASCAR events.

With racial tensions running higher than ever before with a sort of cultural reckoning underway following the compounded deaths of Ahmaud Arberry, Breonna Taylor, and George Floyd, Floyd’s serving as a tipping point, America is being forced to face the horrors of its racist past and its continued legacy. Statues and monuments honoring this racist past are being vandalized and taken down not only in the United States, but all across the world.

In the wake of this, we have seen the proliferation of white supremacist rhetoric and attacks here on Long Island. Teenagers were attacked at a protest that took place in Smithtown; racist slurs and insults were also leveled at protesters in Merrick along with chants of “you don’t belong here“; and now a Black man was found hanging from a tree in Huntington. When such events take place in such rapid succession, one has to be wary of considering them as “isolated incidents.”

As investigations continue and the community processes what has happened, some are able to go to sleep with just a bit of unease while others now have to question deeper than ever before – their own mortality. 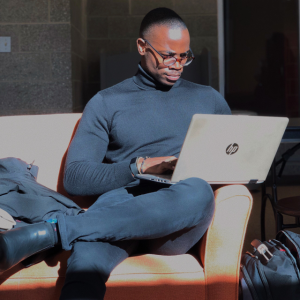