Why Holistic Lifestyles Are Out of Reach for People of Color

There has been a wave of knowledge going around about mental health awareness and true self-care. Naturally, we gear towards making engagements that allow us to take better care of ourselves. In doing so, we are able to better take care of those we cherish, thus living a wholesome life and being happy.

Your entire body is connected; our mind, body and soul are one. A holistic lifestyle is a form of living that focuses on your entire person and taking care of all aspects of your life. You ensure your body is healthy, your mind is healthy, your relationships are healthy and your routines or habits are healthy. However, creating a mindful environment with positive relationships is difficult for minorities.

People of color lack the opportunities, services and recognition that it takes to live a truly wholesome life.

A large number of minorities do not have access to the same services that white people do because they cannot afford it. If they are available, they are discriminated against.

They have experienced a deficit in acknowledgment as equals as well. We can see the absence of opportunity and recognition in schools, healthcare and even the neighborhoods that are home to mainly POC. Predominantly white neighborhoods have better schools, easier access to healthcare and do not have to worry about being targeted socially due to their ethnic background.

There is a large disparity in the education that is taught in predominantly white schools compared to those that are taught in public schools with a majority of minority students. With segregation in school systems as high as they were in the 70’s, Black and Brown children are more likely to be disciplined than educated.

Nittle gave a great explanation as to how minority youth in public schools lack teachers who genuinely care. In fact, the U.S. Department of Education found that preschool children of color have higher rates of suspension and detention. They face racism and discrimination in school from other students, teachers and even school patrols. Racial disparities in school create barriers like a stressful environment in which children cannot learn at their full potential.

Minority and poor communities suffer disadvantages when it comes to health because of the scarcity of healthcare facilities and the absence of health insurance. African American’s and Latinos have a lower quality of care on top of inaccessibility to resources. Poor communities also suffer the same shortcomings. These low-income neighborhoods oftentimes consist mainly of people of color.

Women of color suffer immensely when it comes to getting adequate care. According to Forbes, African American women suffer higher rates of death from breast cancer than white women. But they also have less access to radiation and treatment compared to white women. These disparities and others are a growing concern to communities of color.

Everyone likes to take part in hobbies and activities that promote a healthier lifestyle like yoga, dressing up to feel good and getting their hair done. However, no matter where you go as a person of color, there’s a chance you’ll experience some form of discrimination or appropriation. Minority cultures lack the recognition they deserve due to the lack of education of white Americans.

Pastimes like smudging, known as aura cleansing, and yoga become trendy, but oftentimes white people don’t realize that they lack respect for the cultural origins. This prevents minorities from living a holistic life because they are continuously facing disrespect and ignorance. Having to educate others on why they are appropriating takes energy and causes stress.

Living a wholesome life for a person of color is strenuous in the U.S. We deserve an implementation of better education plans and accessibility to healthcare. We also need to create a healthy environment for minority children in public schools where they can be free from discrimination. Because these disparities are still present, people of color will always have a harder time accessing a nourishing life. These inequalities must be recognized and rebuilt into fair systems that promote wholesomeness in minority communities. 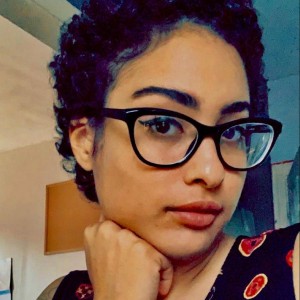 I’m Hillary! A self-care advocate and feminist. As a writer and Hispanic woman, I take pride in being passionate about social justice, creating change, and promoting health for minority communities. I use my platforms to inform others on how best to take care of themselves, mentally and physically, and how they can become more involved. It is important to support one another by encouraging self-awareness and social impact. If you’d like to see more of my work, check out my site: HillsEdition.com or follow me on Instagram: SuperHillo.